Got Milk? Well, I hope it’s not cow milk! Cow milk has been advertised for many years as a healthy source of protein and calcium for strong bones. I have even seen ‘health’ websites advertise to drink a glass of chocolate milk after a workout. Hence, why there are products like Muscle Milk which are just full of processed chemicals. That’s the last thing your body wants after sweating out toxins, more toxins!

The dairy industry came out with the Got Milk campaign bank in the 1990’s as they saw a decline in consumption. So what better way to get the masses to buy milk again? Link it with celebrities drinking it and you got yourself sky rocketing profits. The dairy industry spends billions of dollars every year to make sure you keep profits coming in. And while you may think it’s okay, the truth about milk is that it’s not that good for you in the end.

Studies show that the US has the highest rates of osteoporosis even though we’re the country that consumes the most milk. Why is that you may ask? Well come to find out, milk is so acidic to your body that is depletes the calcium from your bones in order to bring your body back to it’s normal pH levels thus causing them to be weak.

Another factor to consider is the animal welfare. There are thousands upon thousands dairy farms spread out through the US. How do they produce this milk? Well cows are in factories treated as if they were some kind of machine in a production line in unsanitary living conditions, eating unnatural feed and are artificially impregnated year round. This type of living condition causes the cows to be sick thus needing antibiotics to battle infections and diseases. Well, the antibiotics are transferred into your milk among other things you wouldn’t want to know about. And while milk may look white, it’s actually full of pus and toxins that you wouldn’t really want to drink. Another factory farming method is when the mother cow gives birth; they strip the child away so that they can pump the milk out for human consumption. The baby cow is then fed artificially made milk of some kind. Both animals are stressed and fearful until they are sent to the slaughter house.

Sorry to get so technical and graphic here, but ya’ll need to know this! You are directly supporting this behavior and torture by supporting the milk industry.

So what is one to do to get good amounts of protein, healthy fats and calcium? Well load up on leafy greens, plant based proteins such as quinoa and assorted nuts and avoid animal products all together or at least reduce your animal protein to once or twice a week. You also have milk alternatives such as almond milk, coconut milk, cashew milk, etc.

You’ll be doing yourself a HUGE favor by eliminating cow milk because in turn you’ll be healthier, less animals will suffer and you’ll reduce your carbon footprint since factory farms are America’s #1 contributor to today’s pollution. A trifecta! 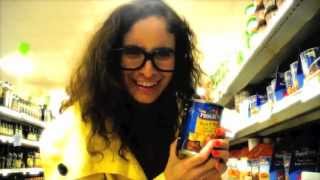 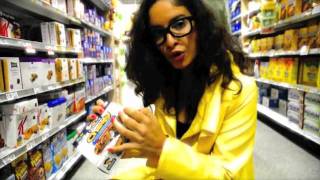